How Opioids Affected Our Lives : An Interview Series – Kirk Hoey 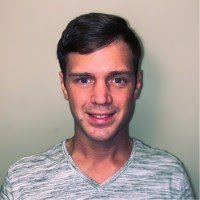 Kirk Hoey, unlike most opioid addicts, made it into his late twenties before his addiction began. Prior to his addiction, he would have described himself as curious about drugs yet relatively cautious, “I was casual. I’d go out on the weekend and drink. If somebody offered me some marijuana, I might partake or I’d even take a pill if it was just one.” During this time, Kirk worked at his dad’s screen printing business in Richmond, Indiana. He taught himself web design, a passion sparked by a friend who taught him how to use PHP and html to customize his Myspace page. With the skills he learned, he started his first business, a website called swellshirt.com, where people could order his t-shirt designs, and he would then print and ship the shirts from his dad’s shop.

Kirk left his hometown in 2010 and moved in with a friend in Tennessee. He eventually returned a year later, but when he got back, he found something had changed, “Almost all of my friends were using heroin. When I was younger, you didn’t hear about people doing heroin. That was very rare”. Around 2011, the over-prescription of opioids and the opioid epidemic as a whole had reached the public consciousness. The DEA was closing in on ‘pill mills’ — doctors’ offices that sold opioids to anyone willing to pay the price– and doctors who operated in good-faith faced public pressure to quit prescribing opioids due to their addictiveness. The sudden decrease in opioid supply left a hole in the market. “There’s a void now and that void is going to be filled by the black market with heroin”, Kirk said about the increase of heroin use in Richmond. Yet, even when all of his high school friends were using opioids, Kirk still managed to avoid it, “I watched a lot of my friends suffer from [opioids]. I stayed away from that”.

A few years later, though, Kirk’s friend began selling extra morphine pills his parents had been prescribed for chronic pain, and Kirk began taking them, “He would sell them to me very cheaply or just give them to me. I mean very, very cheaply. Like $1 for something that would cost $10”. Kirk didn’t really have a reason for why he started taking them, “My life really wasn’t bad in a way that I was escaping some type of pain. It was just kind of ‘well this makes me feel good’”. He started by taking one or two pills a week until eventually he was taking them everyday. The first morning he didn’t take a pill, it hit him, “I woke up, and I was just in pain, my whole body. I mean in your bones pain. I didn’t even put two and two together that this was my first experience of a withdrawal”. He felt like he had to keep taking the pills to keep his life together.

Eventually, just like all his friends from high school, Kirk ran out of pills and was too addicted to stop. So, he had to look elsewhere, and that elsewhere was heroin, “I turned to heroin because I knew that was the cheapest way that I could keep from being sick and in withdrawal”. From that point on Kirk’s life spiraled. He spent many days searching out heroin with people he didn’t know well, and he often found himself in strange and scary situations. During these times, it was fairly common for Kirk to witness people overdosing. One of the most frightening experiences Kirk had was while he was driving to Dayton to pick up drugs. He had a friend in the car with him, and at some point, Kirk tried to wake him up but he couldn’t. He watched in horror as the man’s face started to turn blue. He was scared and wanted to help, but he didn’t feel like there was anyone he could call, certainly not the police. He had too much to lose,  “There’s so much to it that it prevents you from making that phone call. My car would’ve got towed. I would’ve gone to jail. I would’ve lost my job. And my family would’ve found out I’m using. ” Luckily, the man lived, but the terrifying, helpless feeling of that moment stuck with Kirk.

The turning point in Kirk’s addiction stemmed from tragedy. He was in the car on his way to his first Narcotics Anonymous (NA) meeting when his phone rang. He answered the phone to learn that his close friend had died of an overdose, and to add to the pain, Kirk learned that her body had been left on the side of the road. The senseless loss of his close friend motivated his recovery, and with the help of NA meetings, he eventually entered recovery.

Today, Kirk is the Chief Marketing Officer for Naxos Neighbors. He is busy coordinating marketing plans and assisting with app development. On top of his work at Naxos Neighbors, he is finishing up his associates degree at Ivy Tech and celebrating the birth of his first child this past August.

When I asked Kirk what he thinks the most misunderstood part of addiction is he said, “I don’t think anyone chooses it. It’s something that grabs ahold of you and can take a person and consume them, and everything about them changes. It’s devastating to watch that happen to somebody. It’s hard because you really have to be forgiving and know that anger won’t fix it”.